My friend in Tallahassee Kiirah fell in love with a British fellow named Chris. In the most amazing random crazy wonderful happenstance, all three of us were in London at the same exact time…for one day.

So, of course, we did a whirlwind of an engagement session! These two crazy in love kids met at the Globe Theatre. So it was our very first stop. Ok, after a traditional English breakfast (where I ate black pudding). Nom! 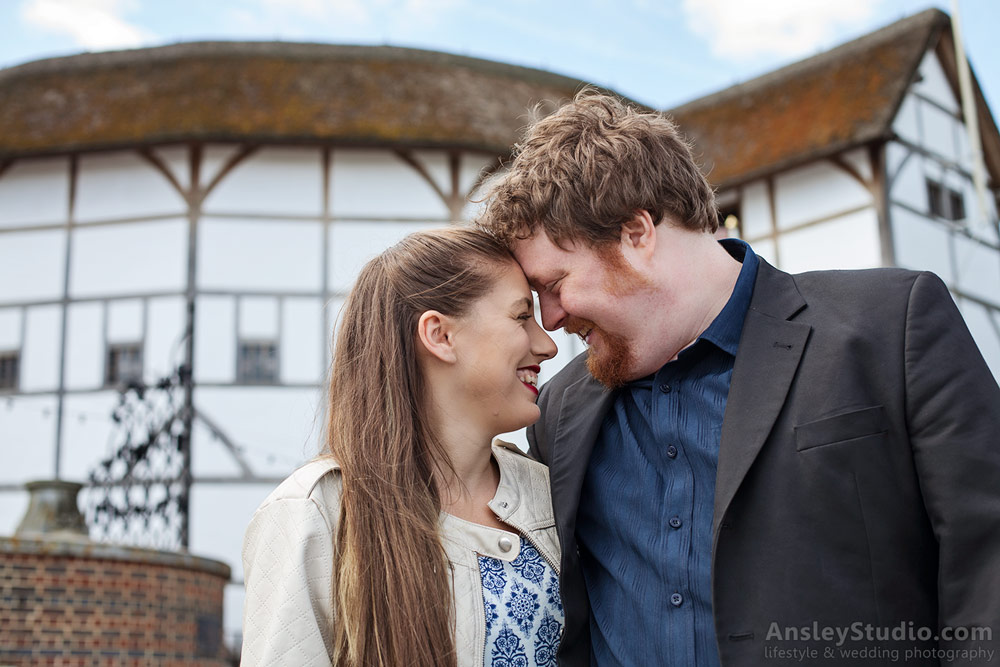 Aren’t they just the sweetest? They’re pretty darn fantastic individually but even more awesome together. We decided to take the Tube (Underground) for some more portraits and grabbed this one on the way. 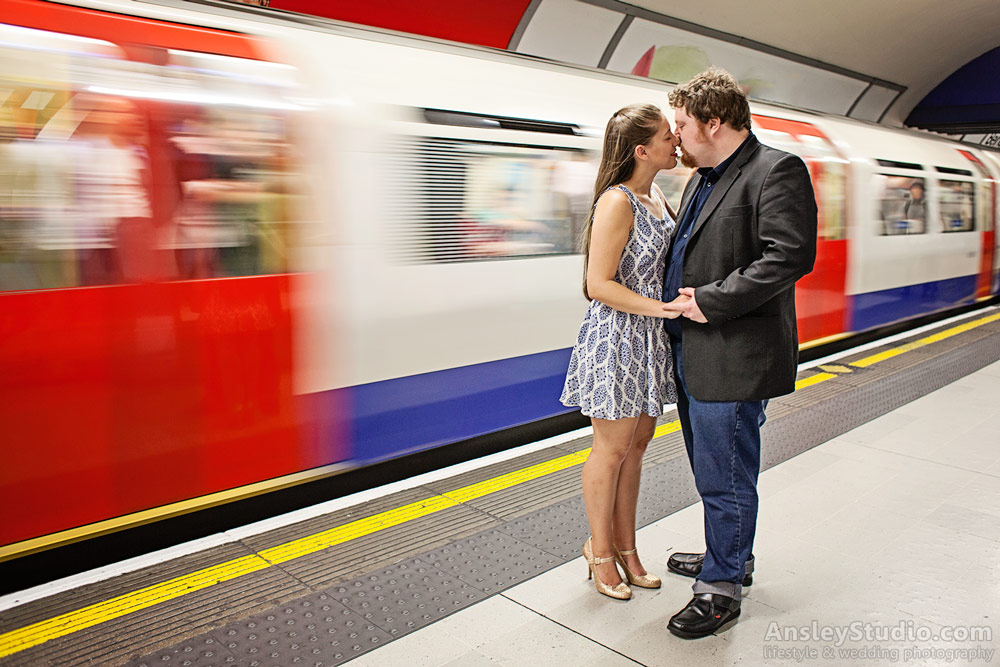 They’re in their own little world when they’re together. Our last stop was near Parliment, the Elizabeth Tower, and Big Ben. I’m almost certain we saw Peter Pan flying around there…

Chris & Kiirah – I had a fantastic time adventuring around with you two today! Thanks for the traditional English ice cream (it’s a Mr. Whippy with a Flake)! And, Chris, I hope your family better understands what an engagement session is after seeing these photos. 😉